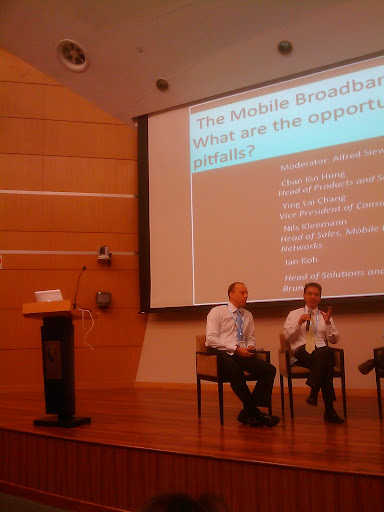 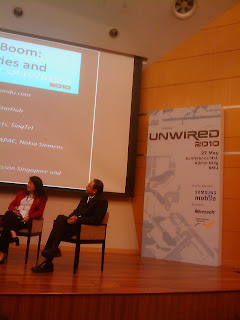 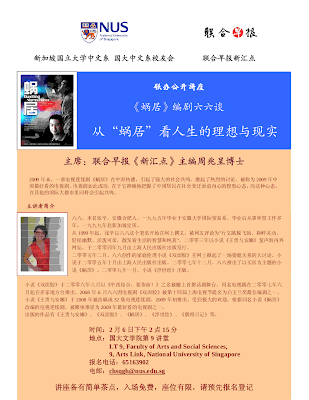 Samsung Developer Night, tonight, was really more like a social event, while some people there may be real developers, I've chatted with some of them, really exciting technology;

The first session is about SAMSUNG's own app store, while with this business model, I can say nothing about it, apple iphone has done it successfully, that does not mean every one can copy this model, SAMSUNG as a role of independent mobile phone producer, who can  predict its success, I have a lot of doubt, but inappropriate in event like this, especially sponsorred by samsung, i have enjoyed good drinks and a fairly good dinner here, so let's just skip this;

Our real focus is on the samsung's new smartphone os project, Bada system, as illustrated in speaker's slides, Bada has its own kernel (maybe linux or other real-time kernel?), and its own graphical interface(maybe recently sponsored project, enlightenment, or e17 ?), after the topics speach, I asked questions with samsung staff, got positive replies, so it's true; I recall the Linux-based mobile/netbook project, there are already Linux Mortorola, Android by Google, Moblin by Intel, Mameo by Nokia, and alread cancelled OpenMoko project, hope there will be more and more linux based mobile os, everyone has the potential development power can hold such a system, samsung is just one of them, almost all pre-existing samsung smartphone are win based, some other symbian, some other Android, it just want more control on source os level software, but unfortunately it's still controlled by others, so it's the intention of Bad;

Documents showed that first real Bada would be coming in Mobile World Congress 2010, Bacelona, who cares?

Some friend just heard this named it's bad a thing, pronounces badly, but in fact, accroding to its official explaination, Bada means ocean in Korean, which we know little about, right? So it's just a name, let's keep interests on what can be done through Bada;

compare the evolution of hard irq implementation, you will find that hard irq numbers has shifted from 0x20~0x2f to 0x30~0x3f, but why someone need this change?

from oldlinux such as v0.11, as analyzed version as Doctor Zhao Jiong did, an old version just use it for the hardware limit, in the old 8259 interrupt controller days, the hardware 8259 is cascaded by 2 chips, and its real capability is only to handle 8 hard interrupt, by cascading style of implementation, there's another number is occupied by cascade, so there's only 7+8 = 15 interrupt numbers, every PC operating systems just re-program the 8259 IC, except for the intact PC standard, its 0x8~0xf for the first, and 0x78~0x7f for the second cascaded one, that can work well under 8086 Intel real mode, the DOS operating system keep it unchanged, and use int 0x21 as the system call service, then Linux re-program it as in the protected programming mode, for CPU internal usage, it reserved 0x0~0x1f 32 interrupt numbers; for the sake of x86 instruction encoding style, "int 0x80" is encoded as "0xcd 0x80", the interrupt number is just occupying one byte, so the CPU hardware limit is 256 int numbers, minus 32 reserved for CPU internal usage, it's 224 left, also as stated in the v2.6.26 irq_vectors.h comments said; Linux just use 0x80 as the system call interface, and shift/re-program 8259 to 0x20~0x27 and 0x28~0x2f; so the other range 0x30~0x7f, and 0x81~0xff are all unused; SMP architect is still strange, it generates special interrupts btween 0xee~0xff (238 ... 255); according to some recent secret unleashed, microsoft windows utilized 0x2e as the interrupt number, so the Linux int numbers changes just kept an reserved space for the unified kernel project; maybe it should be merged into mainstream someday; 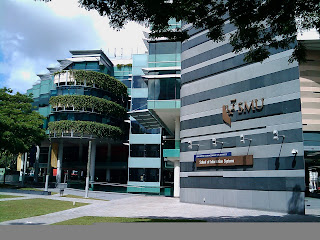 at 4:15 AM No comments:
Newer Posts Older Posts Home
Subscribe to: Posts (Atom)